Once again, I'm heading to Novi, Michigan for the 2017 iteration of Detroit fandom's venerable convention Confusion-- this year named "Friendship is Confusion." I'm participating in three program events. Say hello if you encounter me there.

The Fan Guest of Honour Introduction and Induction is a traditional ConFusion event, wherein any attending Fan GoHs of years past welcome the new Fan GoH to the club.

(I was Moonbase Confusion's Fan Guest of Honor in 2007, the year after Chuck Firment and the year before The Roving Pirate Party. This year we'll be inducting Mark Oshiro.) 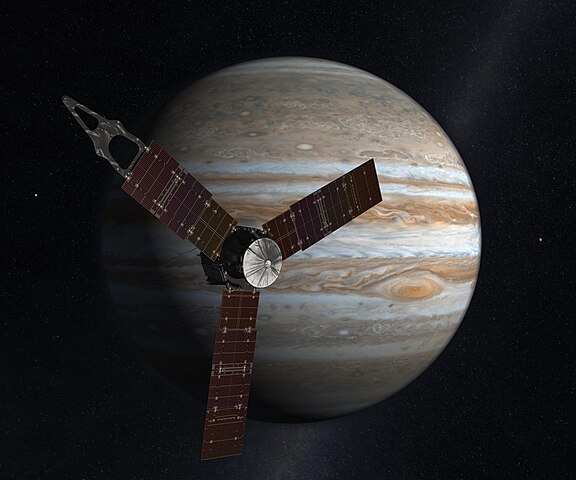 Last summer, a new spacecraft arrived at Jupiter. Juno's mission is to orbit the giant planet, studying its powerful magnetic field, its intense radiation belts, and the intricate interplay of particles and energies surging through nearby space. Bill Higgins reviews Juno's role in gathering more clues to the formation and evolution of Jupiter.

What would a vehicle need to traverse the unforgiving surface of Mars? A perfect panel for those interested in engineering the next buggy.
Panelists: Karen Burnham (moderator), Martin L. Shoemaker, Courtney Schafer, Bill Higgins
Collapse